HITS Spring: Scan Truck Drives From Reality to the Metaverse

The Scan Truck is a mobile photogrammetry studio that provides 3D scanning technology to productions of all kinds. Its state-of-the-art system features more than 200 digital single-lens reflex (DSLR) cameras to capture the uppermost, photorealistic models.

During the Metaverse session “Moving from Reality to the Metaverse (and VP!)” at the Hollywood Innovation and Transformation Summit (HITS) on May 19, Jiggs Love, CEO of The Scan Truck, provided attendees with a deep dive into how creatives are leveraging the technology and discussed the portability of these hyper-real assets as they move through various production chains.

The company built the camera rig in Love’s garage about five years ago, he told attendees. “Then we custom built a 24-foot box truck and built it into it so we could go to set or celebrities’ houses and create digital avatars,” he said. 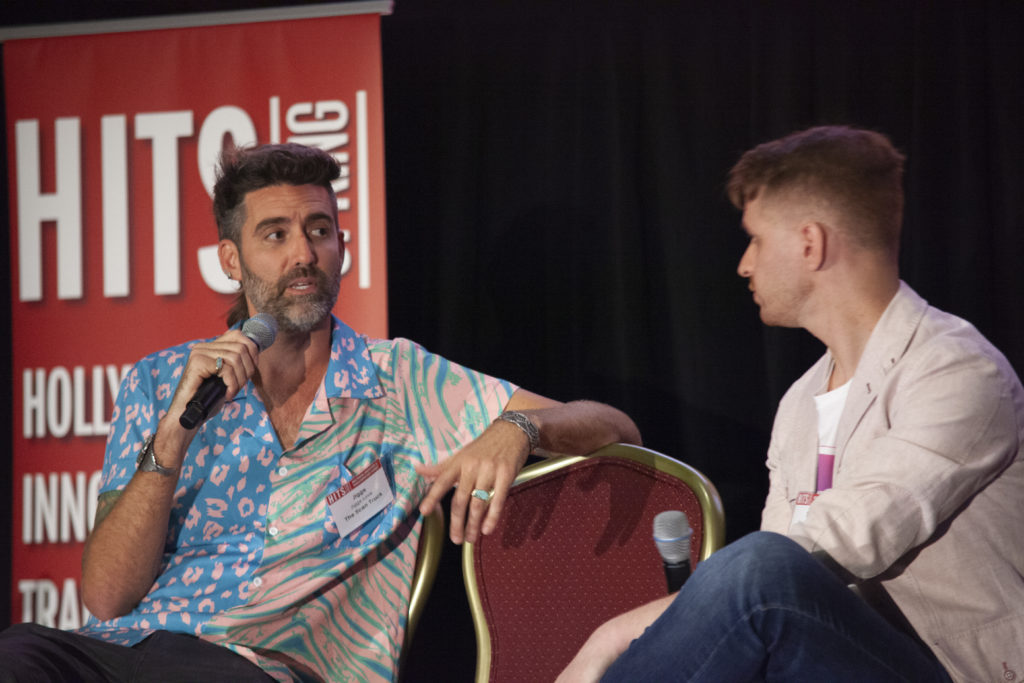 “Basically our bread and butter as a business is doing Marvel movies and stuff like that – so doing digital doubles for VFX shots,” he noted.

This is “such an exciting time because that’s been done for a while and we enjoy doing that,” he said. “We’ve learned a lot doing it a really high level but now, with all of these opportunities in the metaverse, we’re really seeing where we can be a unique asset to a plethora of projects and basically give a service to something to take it to the next level and [create] true one-to-ones – either people or of inanimate objects.”

He added that the scans created are “not so much artist interpretation [but] more like a true one-to-one.”

Love started dabbling in 3D back when he was doing projection art and stage design video mapping projects for festivals, he recalled.

Asked by moderator Sinan AlRubaye, CEO of Los Angeles digital production studio ICVR, how The Scan Truck was able to get to this point, Love said: “First you need to find a Vlad. Everyone needs a Vlad.” He was referring to Vladimir Galat, Scan Truck’s chief technology officer.

Calling Galat his “angel,” Love said: “Vlad came in at a clutch time, when the rig wasn’t working in the garage and he helped to make it work, which was essential for our success.” Overall, the company “built a really awesome team of people,” Love added.

The first film that The Scan Truck worked on was the 2018 Marvel/Sony Pictures movie Venom,” he pointed out.

Hollywood stars that The Scan Truck has created 3D scanned digital doubles of include Will Smith, Love noted.

The company is wrapping up a project now for which it built a robotic scanning solution using a KUKA arm with a light scanner on the end and a 102-megapixel camera, he said.

“We’re basically trying to streamline the painful process of taking 300 images of each object and then dealing with the shiny reflective or straight black, which is really problematic with 3D scanning,” he explained.

“We are effectively making [the process] a lot easier on us and, specifically with the opportunities with the metaverse, you’ve got to populate that with people and things,” he said, adding they have got it down to 20 minutes per scan.

The company is also working on “coding new pipelines to automate as many of the processes” also, he added.