LAS VEGAS — With nearly 53,000 attendees back for the first live NAB Show since the start of the pandemic, nearly 40 MESA member companies brought new solutions for content licensing, content protection, cloud services and more to Vegas.

Here’s a brief look at what some of the companies brought to the event:

Gage Piracy came to the NAB Show armed with Dragonfly, a first-of-its-kind security system that has a singular purpose: prevent leaks from spreading, and help studios protect their most expensive assets.

“We started development and did the first prototype in four or five months,” said Bruce Ulrich, CEO of Gage Piracy. “And after just a few months of word of mouth, we could tell it was going to be a hit.” 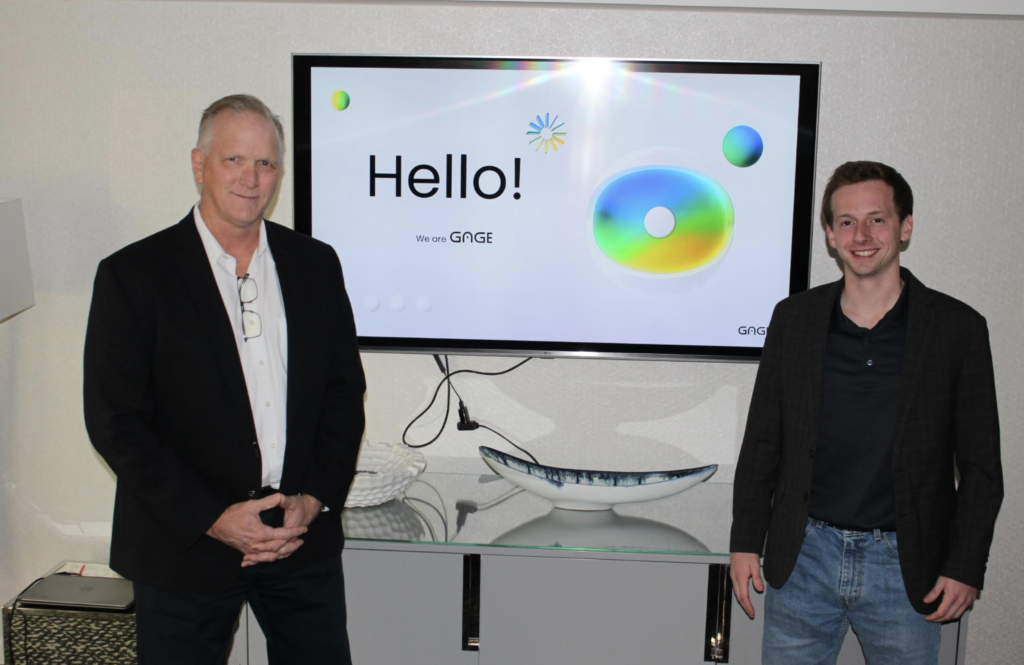 Dragonfly works by allowing content owners to convert their video assets into a system that then will identify if any of those images pop up online and across social media platforms. Studios safely pre-load their content, monitor what’s posted online, and immediately offers notifications around matches. The goal is to stop on-set image leaks and, essentially, prevent the loss of revenue.

Jacob Richardson, sales manager for Gage Piracy, said the Dragonfly system allows users to narrow the results they receive for their content, and set limits on how long the system should search for matches. “Instead of a needle in a haystack, we provide you the entire pile of needles to sort through,” he said. “And the relevance of the system understands context, condensing the results and leading you to the source of the problem.”

“It feels like it’s been a century.” That’s what Steeve Huin, chief marketing officer for Irdeto, said of re-connecting with partners and meeting new customers at the NAB Show.

The service integrates with any ad server (or an existing CSAI solution) to deliver targeted, personalised ads during live events and on linear channels. 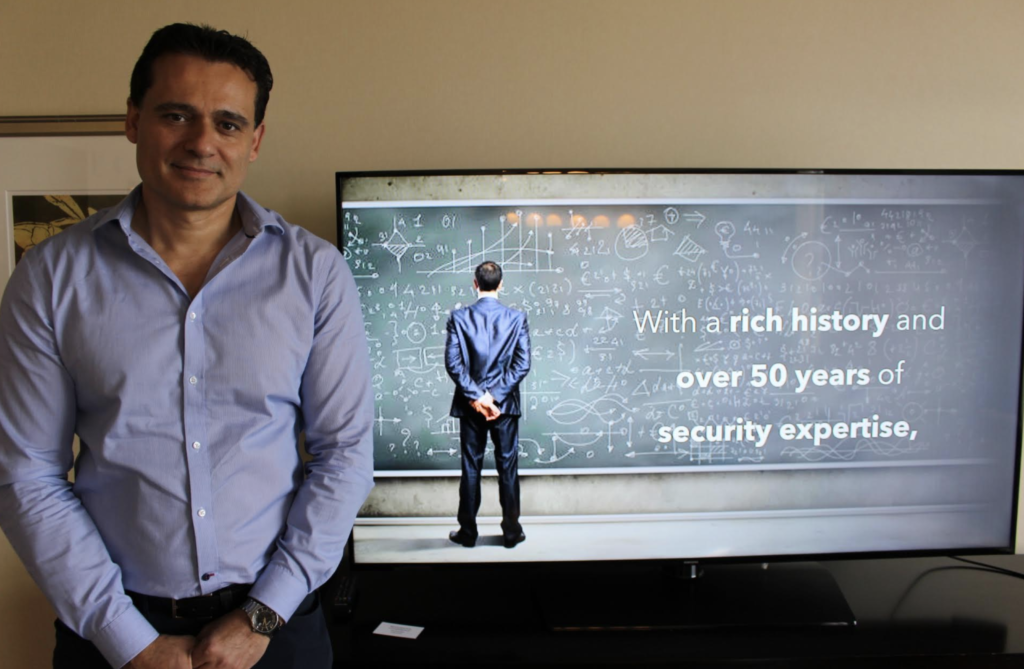 The solution is powered by RDK4 and offers a fully featured OTT/hybrid launcher UX reference (Lightning), and a scalable premium app certification strategy.

But most of all, Irdeto came to Vegas armed with a message: have certainty that you’re using secure platforms.

David Wurgler, senior director of business development and anti-piracy for NAGRA, echoed a sentiment heard all week on the anti-piracy side of the discussion at NAB: you need approach content protection holistically, or you’re doing it wrong. 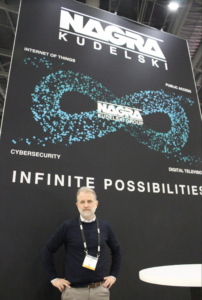 “As the demand for streaming content protection increases, we’ve been bundling our services together,” he said, pointing to increased adoption of NAGRA SSP, the advanced, scalable, unified security platform that enables multi-DRM.

Wurgler also highlighted NAGRA’s work with the broadcast technology ATSC 3.0, with NAGRA creating a new technology toolset designed to give broadcasters and video service providers the ability to extend their reach and monetise content while responding to threats from pirates.

“What’s important for us is to offer a holistic approach, bring all the technology together and make the return on investment very clear,” he added. “You don’t want to leave yourself open to theft, and with more companies going direct to consumer, they need to take ownership of protecting their content from piracy.”

Xperi’s TiVo came into the show with a new partnership, announcing that TELEV8 will leverage TiVo’s Managed IPTV Service to deliver a new entertainment experience for hotels and other commercial venues.

Using TiVo’s technology platform, TELEV8 will offer a personalised content discovery experience to the hospitality industry with hotels and other venues able to offer premium video at lower cost.

“Evolving viewership habits and content de-centralisation are continuing to re-shape the role of television,” said Charles Siemonsma, co-CEO of TELEV8, in a press release. “Commercial venues are increasingly pressured to deliver on the rapid consumer adoption of streaming video applications and the introduction of app-based TV in partnership with TiVo is the future of content delivery.”

At the show, Xperi CEO Jon Kirchner told MESA that partnerships like that — and another new one for Xperi’s DTS — are what’s making the company enjoy one of its better years in recent memory. 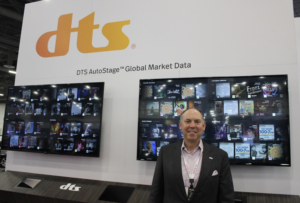 “[We’re seeing] progress in the pay TV space, years of work on improving the entertainment experience in vehicles coming to fruition, more cost-efficient technology deployments, and reducing complexity for consumers, while ensuring quality and trust,” he said.

At NAB, Xperi announced a partnership between Quu, which delivers visual content for radio, and next-gen audio provider DTS, with the two making it easier for radio to display and monetise content in connected cars.

Quu and Xperi unveiled an integrated solution to sync programming and sales messages on vehicle dashboards. In the past, stations would go to Xperi to deploy its RAPID technology and then Quu for content management, monetisation and reporting. Now, Quu is a one-stop shop for both.

“Enabling stations to deliver uniform content to connected cars via DTS AutoStage is an important step in future-proofing radio,” said Joe D’Angelo, SVP of broadcast at Xperi. “The industry needs a standard approach and Quu provides one for the 300 million cars with RDS and 85 million HD-Radio equipped vehicles on the road today and sets radio up for the dashboard of tomorrow.”

Amos Biegun, managing director for the UK and global head of rights and royalties for Vistex, spoke for most everyone in Las Vegas for the NAB Show: “It’s great to be back.” 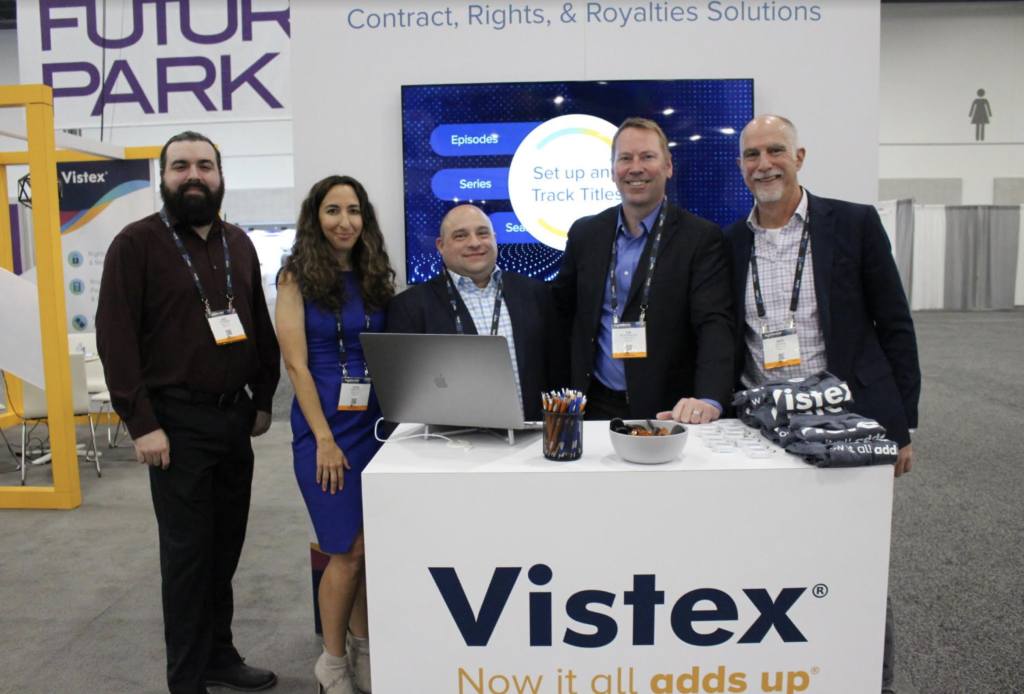 “Today if you want to know what to license out, our systems can do that in a very sophisticated way,” Biegun said. “And it’s not just data we store, it’s external data. We’ve developed these smart avails and breaking through with more sophisticated tools.”

Vistex solutions have always helped media and entertainment businesses take better control of mission-critical processes, offering stakeholders the ability to see the numbers, understand what works, and know what to do next.

Vistex is seeing adoption of its platform outside of M&E as well, including in pharmaceutical, Biegun said.

“Our investment in the platform is paying off,” he said.