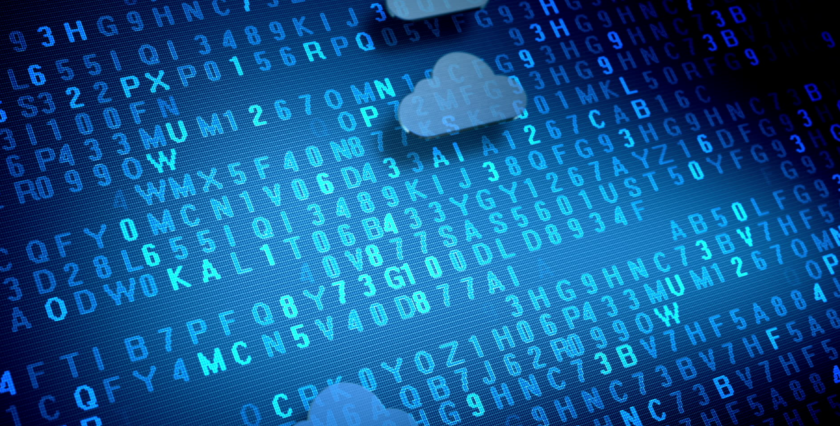 PacketFabric Explores Connectivity, the Cloud and the Creative Process

As the changing media and entertainment sector’s workflows and tools move into the cloud like never before, the ecosystem’s networks and cloud pathways have become a vital element in the discussion, according to PacketFabric executives.

Creatives who were once more resistant to change are now adapting, but still definitive in what they expect from their connections.

In a new white paper, those needs are explored in an effort to fill in this important missing piece, and take the industry from a developing transition to a cloud revolution, Lisa Gerber, head of media & entertainment at PacketFabric, said during the Dec. 8 virtual Content Protection Summit.

During the Rights, Data & Education breakout session “Connectivity, The Cloud and The Creative Process,” she pointed out that the “impetus” for PacketFabric’s white paper of the same name “was to bring the creatives into the conversation.” 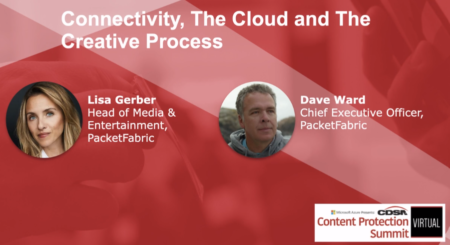 “There have been some trends that were already sort of in place for this migration to cloud that were going on well before” the COVID-19 pandemic, Gerber noted.

Tax credits: “Productions have been incentivized to sort of spread out geographically,” she said.

Outsourced production: “Studios have really been outsourcing production for decades, but with Netflix and Amazon sort of adding to that list of that kind of growth, that is only becoming a longer list.”

Lowered capital expenditure: “It’s expensive to keep hardware on premise and so, with cooling systems and maintenance, it’s much easier to sort of move those over to the cloud.”

“What we did find was that, while creatives and creative teams were moving to the cloud, there was also sort of a hesitation on some of their parts to do so” still, Gerber said.

Those perceived barriers were:

Security: With some, there was a “tendency to lump the Internet and the cloud together and, therefore, [they were] really looking at sort of the issues with the Internet and security perceptions around that and putting that onto the cloud,” she noted.

Capacity and latency: “Some folks are still using FedEx and Sneakernet to transfer large files. When it comes to dealing with editing and VFX, that can really be a challenge.”

Ease of Use: “We also found that, just with troubleshooting and sort of the learning curve that it takes, there are projects timelines and folks really didn’t want that to slow their projects down.”

Cost: “Folks were sort of being hit with these egress charges, especially when they’re taking files out of the cloud, that just becomes prohibitive.”

Therefore, “in looking at kind of traditional connections and networks and the limitations of the public Internet, it sort of seems clear that the issue isn’t necessarily the cloud or the tools, but the pathway to the cloud and getting there,” she pointed out.

About 20 people and companies in the M&E sector were polled as part of the research for the white paper, she noted.

“The goal” in the M&E space “is actually to make the tech go away” and let the creative people focus on what they are best at and have tech be “frictionless,” according to Dave Ward, CEO of PacketFabric.

Agreeing, Gerber noted that what people polled said was “they want this to become sort of an invisible tool and, once it’s invisible… just a part of their day to day.”

Today’s “workforce is really distributed and so you need to be able to secure workstations… and also be able to move these big files around between local workstations as well as the cloud or work directly out of the cloud,” Ward explained.

Security concerns M&E organizations have, he said, include: “Transporting things across the Internet and can they be hijacked and stolen?” and “is the cloud secure itself and can it be made secure and can these workflow engines work in a secure way?”

The approach that PacketFabric is taking is “to create a secure, private fabric to interconnect all of the public clouds and the application clouds collaboration security – basically productivity as a service,” he said.

“But we’re focusing on the networking part to connect this together with full connectivity in a secure, private fabric,” he told viewers, adding: “We have full reachability to the Internet. But you really have it riding over a secure, private Internet with full bandwidth. So what does this mean? It means really that the notion of securing the transport, using the public Internet, moving it to a secure private Internet, and using these private gateways to get to a data center, to get to a colocation site, to get to a public cloud, to get even to private clouds that are on-prem – this can all be done with full connectivity over a fabric.”

Fabric represents “a change to the Internet architecture and the way services are delivered,” he noted.

The “old school” method is that “you create something called a Virtual Private Network” (VPN) that is kind of like “a plate of spaghetti of all these independent circuits that need to be managed either by a big telephone company, cable company or potentially by a solution delivery partner, and anytime you want one of those fired up, it’s additional time for provisioning,” he said.

But he said: “When you have a fabric that’s already lit and ready to go on demand, you have the ability then to say: ‘I want to go to these public clouds,  I want to go to these private colocations, I want to go to this private data center.’ So the security fundamentally changes the way you’re actually transporting your data. And that’s a key… piece. Inside the cloud, you can encrypt files, you can actually build authentication authorization into workflow engines and many of them have already. And so it’s really a matter [of] how can I get it on-ramped and off-ramped in and out of the cloud in a secure manner. And that’s where secure private fabric like ours comes in.”

Ward went on to explain how his company’s solution can solve each one of the perceived barriers to remote and cloud-based work.

When it comes to capacity and latency, he explained: “After spending a career building the Internet, this is where the best-effort Internet actually doesn’t do what creatives need to do and doesn’t do what media and entertainment needs. Media and entertainment, just to make my argument, has very, very large files that are really lumpy – and what I mean is here comes a big file and then there’s not necessarily a lot of bandwidth or a lot of volume of traffic. And here comes another big clip or file. And so why isn’t the Internet programmable today such that if I need more bandwidth, I can get more bandwidth and if I don’t need it, I can turn it down and also I can get the cost efficiencies of that? Really what’s different about having a real-time, on-demand network as a service, is that you have the ability to dial up and dial down bandwidth exactly as you need.” 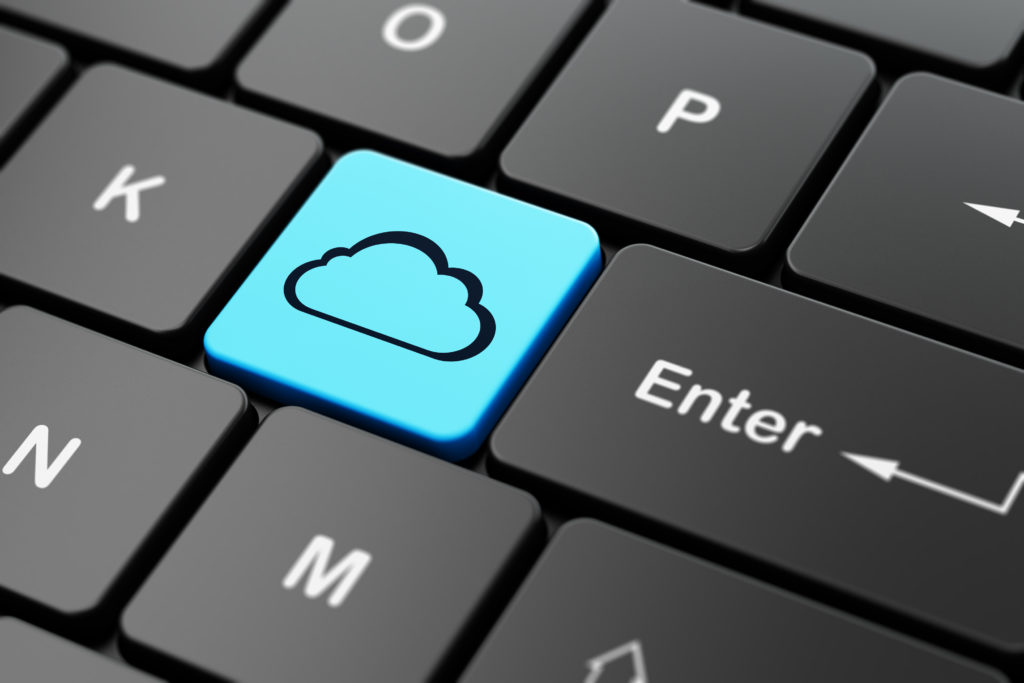 The PacketFabric solution is all application programming interface (API)-driven, “meaning it can be built into these workflows such that when you’re sending a large file, boom, you can increase the amount of bandwidth you’re using and get it to the cloud really, really quickly,” he pointed out, adding: “When you’re not sending anything, dial it back automatically, and therefore you’re only paying for what you use. And you’re able to have the Internet deliver the bandwidth when you need it and turn it off when you don’t. Instead of being an always-on firehose, you now have a faucet that you can dial up and dial down.” Troubleshooting is easy also, he noted.

When it comes to cost, “with a secure private fabric and a cloud router like we have, over 8 terabytes you’re going to have immediately a lower cost of egress” with monthly or use-based pricing, he said.

The event was produced by MESA, CDSA, the Hollywood IT Society (HITS) and Women in Technology Hollywood (WiTH), under the direction of the CDSA Board of Directors and content advisors representing Amazon Studios, Adobe, Paramount, BBC Studios, NBCUniversal, Lionsgate, WarnerMedia, Amblin Entertainment, Legendary Pictures, and Lego Group.