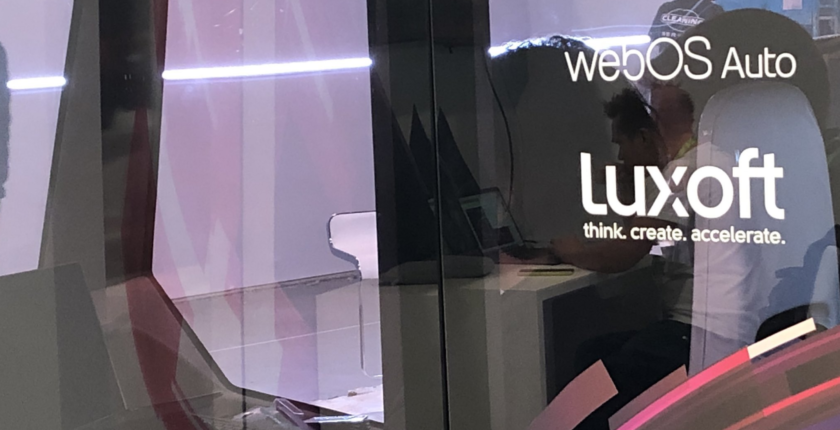 LAS VEGAS – At the Consumer Electronics Show (CES) this week, Luxoft is showcasing its latest autonomous and connected mobility concepts and providing a peek into the future of autonomous driving 10 years down the road.

The VR demo provided to MESA by Luxoft UX designer Daniel Keller was a standout at the booth. During the demo, we donned VR goggles that enabled us to interact with multiple vehicle capabilities, including music selection.

Luxoft and LG Electronics said ahead of CES that they partnered to help create the next generation webOS as part of a strategy to extend the platform’s capabilities and ecosystem into the automotive, robotics and smart home verticals. 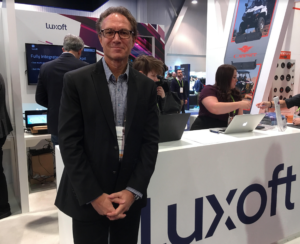 As part of a strategic partnership with LG, Luxoft will lead the deployment of webOS Auto into level 2-5 autonomous vehicles, initially focusing on digital cockpit development, which includes infotainment, navigation and other features that are human-car interaction-centric, the companies said. Luxoft will help automakers and their suppliers leverage features enabled through webOS Auto to accelerate the deployment of converged auto systems including ADAS, 5G connectivity and in-vehicle entertainment systems, it said.

“We’re excited to show how our customer-centric vision helps automakers provide personalized experiences in the car,” Alwin Bakkenes, EVP of automotive at Luxoft, said ahead of the show.

At the show, Giorgio Vanzini, Luxoft managing director of media & communications, told MESA: “The bigger story is all the services that we want to provide to our customers. A lot of them are related to data analytics because you collect a lot of information on consumer devices like the phone or the TV, watching content. But we also see the car as just an extension of a consumer device. It’s basically a display with four wheels. You have the TV, you have the phone and you have the car and obviously you have the tablet. But the car is just an extension of that. And so it needs to be integrated into the whole life cycle for analytics and for services.”

Based on aggressive moves being seen by car makers, it’s clear that AR and VR services in the vehicle are on the way, although AR will arrive in cars long before VR does, according to Vanzini.

The car makers are “pushing us more aggressively than we’re pushing them to go down this path,” Vanzini said. While AR will arrive in vehicles in “definitely less than 10 years,” a decade is probably about how long it will take for VR to get widely implemented in vehicles consumers are driving, he said. That’s because “you have a lot of security, privacy – all these other [issues] that you have to overcome” first, he explained.