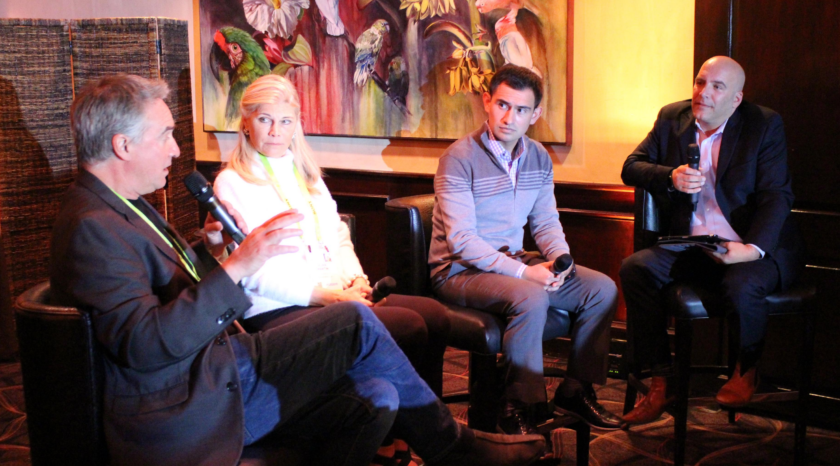 LAS VEGAS — Ted Schilowitz, futurist with Paramount Pictures, looks at the state of entertainment today, and sees a mixed bag.

“We’ve effectively TV’d everything in our life,” he said, speaking Jan. 8 during a panel discussion at the 2019 CES. “We’ve taken our screens that lived in our living rooms, made them portable and we take them everywhere.”

And while that’s convenient, it’s also resulted in almost too much content, an endless array of video choices for consumers today, he said, calling the result the “YouTubing of the world.”

“There’s almost no separation between what an expensive camera can create and what any camera anyone has can create,” he said.

And just sticking with professionally made content, we’ve possibly hit a point where too much is coming out too fast, according to Laura Martin, senior analyst with Needham & Co. “I think there’s too much content being made,” she said. “Whoever’s funding your [content creation] right now will pick winners and losers. There’s a huge controversy right now around whether Netflix is a winner or a loser.”

She said the future likely lies in what Disney is doing with its own streaming service, where the consumer data will be just as important as the initial subscriber numbers. “When you talk OTT, I think Disney is trying to change the definition to direct-to-consumer (DTC),” she said. “OTT you don’t own the content. DTC, with Disney, they’re creating a direct relationship with the consumer.”

Belsasar Lepe, founder and CTO for Ooyala — which hosted the panel — offered a different perspective: all this content, regardless of length or quality, has a role to play for bringing in revenue for both distributors and content owners.

“Niche content has a role to play,” he said, pointing to services that offer both short- and long-form video. “It can be content they get addicted to after they become a subscriber.”

Jonathan Huberman, CEO of Ooyala, doesn’t disagree that it’s a different entertainment world than it was just a few years ago. Consumer expectations — and patience — are more difficult to predict, he said.

“The money that’s being pumped into content creation and delivery … it’s a very volatile marketplace,” he said. “It’s a very exciting marketplace.”