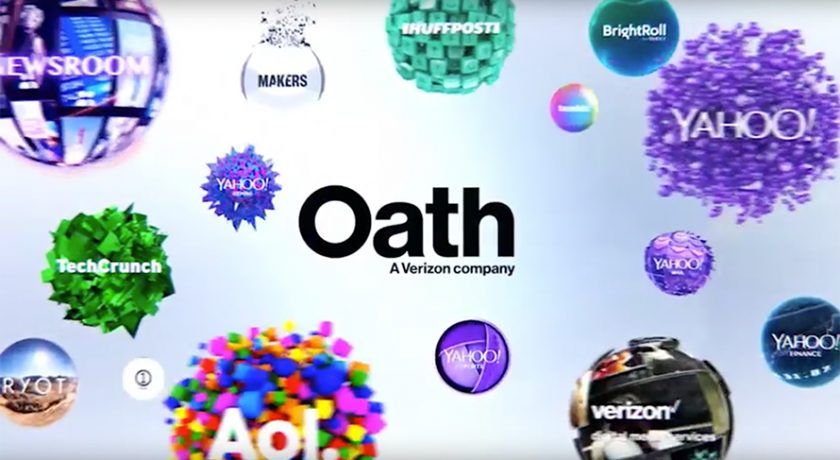 LAS VEGAS – Verizon used the 2018 Consumer Electronics Show (CES) to tout the strength of its Verizon Digital Media Services (VDMS) division and the overall Oath subsidiary that was formed last year after the company bought AOL and Yahoo, and then merged those digital businesses.

There were no announcements by the company at CES. But, on the VMDS front, “what we’re showing is just some of the features that we’ve added to the video platform, as well as to our content delivery network,” Mary Kay Evans, VDMS chief marketing officer, told the Media & Entertainment Services Alliance (MESA).

“Every year, we have scaled the network significantly and we’re now at over 125” points of presence, she said. That number alone “doesn’t necessarily mean that much – what matters is the reach and just how far you can reach across the globe,” she told us. And “we are now reaching every corner of the globe and I would say we’ve scaled our network 2x in one year, which is a tremendous amount of growth for the content delivery network,” she said.

VDMS has been “focusing a lot” on India and Europe because “mobile devices are more common” than TVs and any other devices with screens in those regions, she said.

The Oath assets, meanwhile, “span far and wide,” she went on to say, pointing out that although AOL and Yahoo are the “big pieces” of the new Verizon subsidiary, VDMS “fits inside of this group as well.”

Oath is reaching a whopping 1 billion people on a daily basis, she said, noting that puts it behind only Google and Facebook. Therefore, “you’ve got to create a great experience” on every device that consumers are consuming content on – whether it’s content that Oath owns or content it’s delivering for other content owners, including Disney, she said.

For 2018, “we have to continue to scale the network,” she told us. Although she conceded that people have been saying this every year, “I truly believe this is the year where consumers move off of traditional TV, and it’s all about the cloud,” she said, pointing to moves made by companies including Amazon and Apple that only underscore that.

“They’re all banking on it, too. We know that’s where eyes are” and it’s “very heavy on mobile,” she said, adding: “The consumers are already there and the infrastructure and the technology [are] clawing as fast as we can to keep up with it. That’s the common theme, I would say,” at CES, IBC and NAB. “We’ve got to innovate faster to deliver” on consumer demands, she said, adding: “We have to build our network faster – expand it – because… the infrastructure has to be there, so we’re making massive investments in the content delivery network.” Although it was “a very big feat” to grow the company’s network 2x in one year, “I think we’ll do it again in 2018,” she said. The “time behind live” streaming delay of broadcast content, meanwhile, is “getting more and more and more critical” as an issue, she also said. Although it’s “shrinking,” she said “everybody in the industry has to continue to find ways to shrink that even smaller.” It’s just a “terrible experience” when you’re watching a live sports event on TV and you can hear the people who live in the apartment next door reacting to a play before you see it on your over-the-top service, she said, adding: “We can’t do that anymore.”

But compressing that time delay is “no easy feat,” she conceded. VDMS is just under 10 seconds now and “we’ve got to get faster,” she said. VDMS will also focus on further international expansion in 2018, she told us.

For one thing, the “massive amounts of video content that’s being created and distributed at this point is still largely what we call dark data,” he said. In other words, while there’s basic metadata around the content, “a lot of the insights within the content are not leveraged by media companies,” he noted. So, “we are focused on building products that allow our media customers to extract insights out of the content and make better” decisions for their businesses, he said. Understanding one’s content better can, among other things, create operational efficiencies, he said, pointing to automated closed captioning and better search and discovery tools as important ingredients. “Finding the right video to put inside other content is particularly challenging for media companies,” he said.

In one use case scenario, he pointed to being able to watch a tennis match, break down the highlights, and then sort those highlights into the “most relevant points” that will enable editors to make fast decisions on what to publish and how, based on the most compelling parts of the match. To achieve that, visual information from the match, as well as the data coming in from the umpire’s chair and crowd reactions can all be analyzed, he noted.

IBM is getting “fantastic feedback from the market” about the video analysis it added in September to its artificial intelligence toolbox that already included natural language understanding, speech to text and visual recognition, he said. Watson Media is touting all of these tools to customers at CES, he noted.