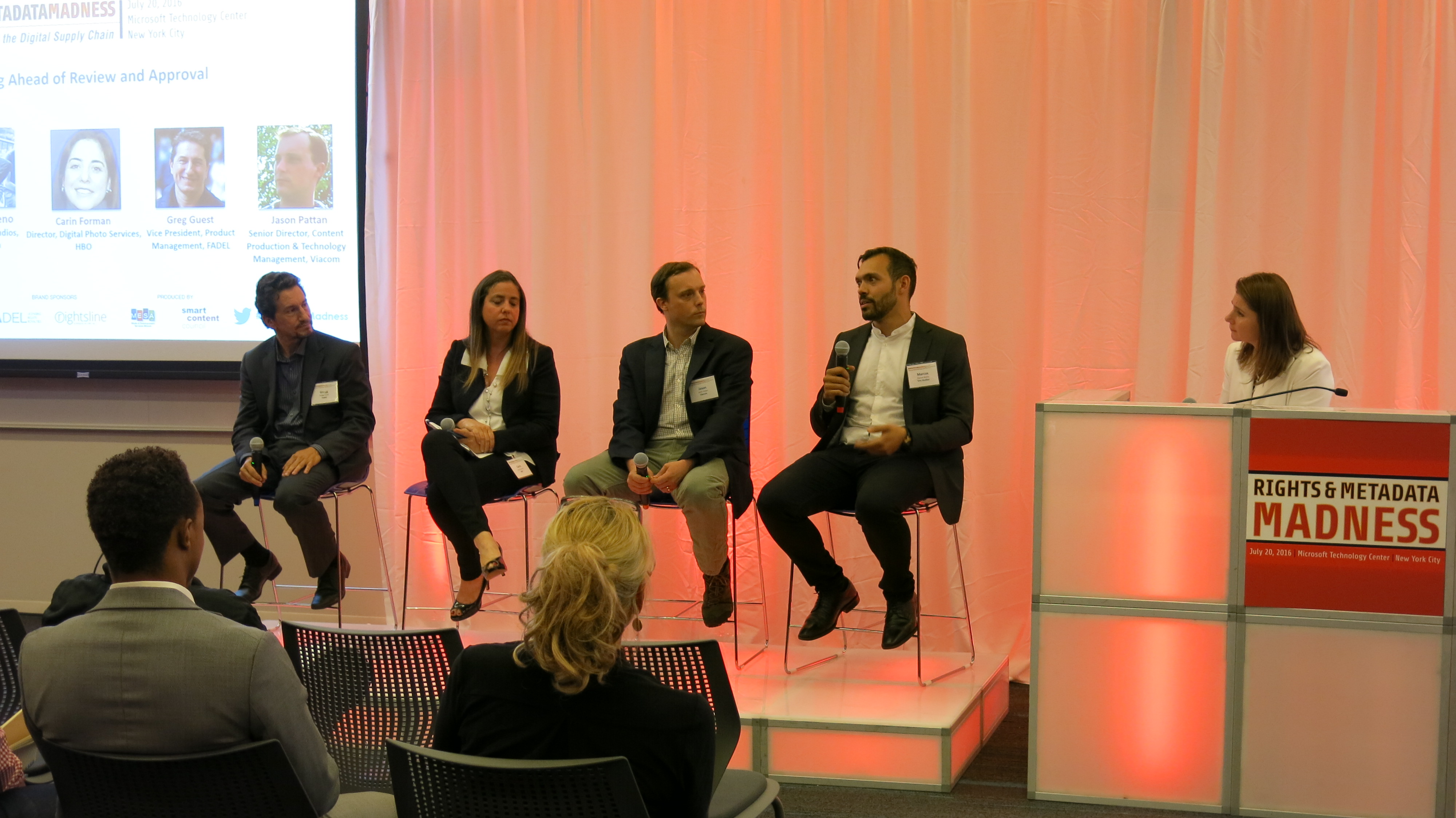 For Carin Forman, director of digital photo services for HBO, this was the year the media company turned a corner, when it comes to rights management and the review and approval process for the company’s content.

Years ago, HBO made the decision to map all of the company’s workflows — theatrical, original programming, artwork, graphics, you name it — and kept an especially close eye on the metadata used for everything. That resulted in HBO looking at a master metadata model and then unique identifiers, Forman said, speaking at the recent “Rights & Metadata Madness: Where Legal Meets the Digital Supply Chain” even in New York City.

She and other media and entertainment rights management experts agreed that life has become so much easier for those charged with making sure rights contract information is accurate and accessible, and that the metadata associated with any asset is made good use of.

Jason Pattan, senior director of content production and technology management for Viacom, said the company today has “high-level, simple ways” for determining where a piece of content is supposed to go, though with a lot of it still being done manually, to determine where content can be used around the world.

“But we’re getting smarter about it,” Patten said. “It’s now about gluing the pieces together, and getting the systems talking to each other. Simple things with the asset management systems we’re rolling out now, like is there a spot for global identifier that will then tie back to a cataloguing system that also ties to a rights system?

“It makes it much more transparent for people reviewing content.”

But while automation for managing rights data through connected systems and software has become extremely helpful, a human touch will always be needed, Patten and other panelists agreed. At Viacom, there’s content that was created decades ago by one of the company’s many brands that simply can’t be monetized today, thanks to handshake deals and unspecific contract language. “It might be written down in an interview log that’s shoved into a tape case somewhere,” he said. “A machine is never going to be able to make the determination on some of these things. That’s why humans are always going to have to look at this stuff.”

Marcos Bueno, head of Vox Studios at Vox Media, agreed, saying there’s always going to be a need a human touch at the gateway of content. “If you start taking short-cuts, you’re going to get caught with your pants down,” he added. Vox has been researching asset management systems but hasn’t implemented one yet, he added.

“If you can create a logic that is pervasive throughout the entire file system, you can then go and take an asset manager or system and apply it to scan those things, understand those underlying rules. It’s not going to be magic, but you can pull things in easier.”

For Gregg Guest, VP of product management for Fadel, which offers intellectual property management and rights and royalties solutions for media and entertainment companies, rights management are all well and good, but they don’t mean much unless they can be easily read and acted on.

“You need visibility into your rights management system,” he said. “If you don’t have visibility, you can capture [data] all you want, but it’s not really going to serve the folks who are using the assets.”